In July 2011, the Archbishop sponsored a new independent advisory body to examine matters of social justice in York.

“The Fairness Commission” was tasked to prepare a report to help inform the City of York Council on issues of fairness in preparation of the Council’s spending priorities review for 2012-2014.

In a recent ‘Indices of Deprivation Survey’, the City of York Council was ranked 244th in a table of 354 councils across England – however 8 parts of the city were ranked as being among the poorest 20 per cent in the country, with one (Kingsway West) remaining as one of the 10 per cent of the most deprived areas nationally.

In September 2012, the York Fairness Commission presented its Final Report to the leaders of City of York Council at an event at Bishopthorpe Palace.

The presentation of the report followed months of work to see how inequality and unfairness can be tackled across York, in the face of a difficult economic situation nationally. The City of York Council must make £19.7m worth of savings over the next two years due to cuts imposed by central government.

The Commission hopes these recommendations will be adopted by City of York Council and they will make a significant and long term impact on fairness in the city.

The seven headline recommendations contained in the report are:

B: Deliver an inclusive approach to economic development that creates jobs, tackles worklessness, and ensures all of York’s citizens can contribute and prosper.

C: Create a simple and shared system to get help and advice to people, including an easy to access central information hub, outreach centres and promotional activity.

D: Urgently address the city’s housing and accommodation needs to improve availability and affordability for all, and to support sustainable economic growth, backed by a long term strategic framework.

G: Further assess the full range of ideas and proposals for action made in the report and agree mechanisms for taking them forward. 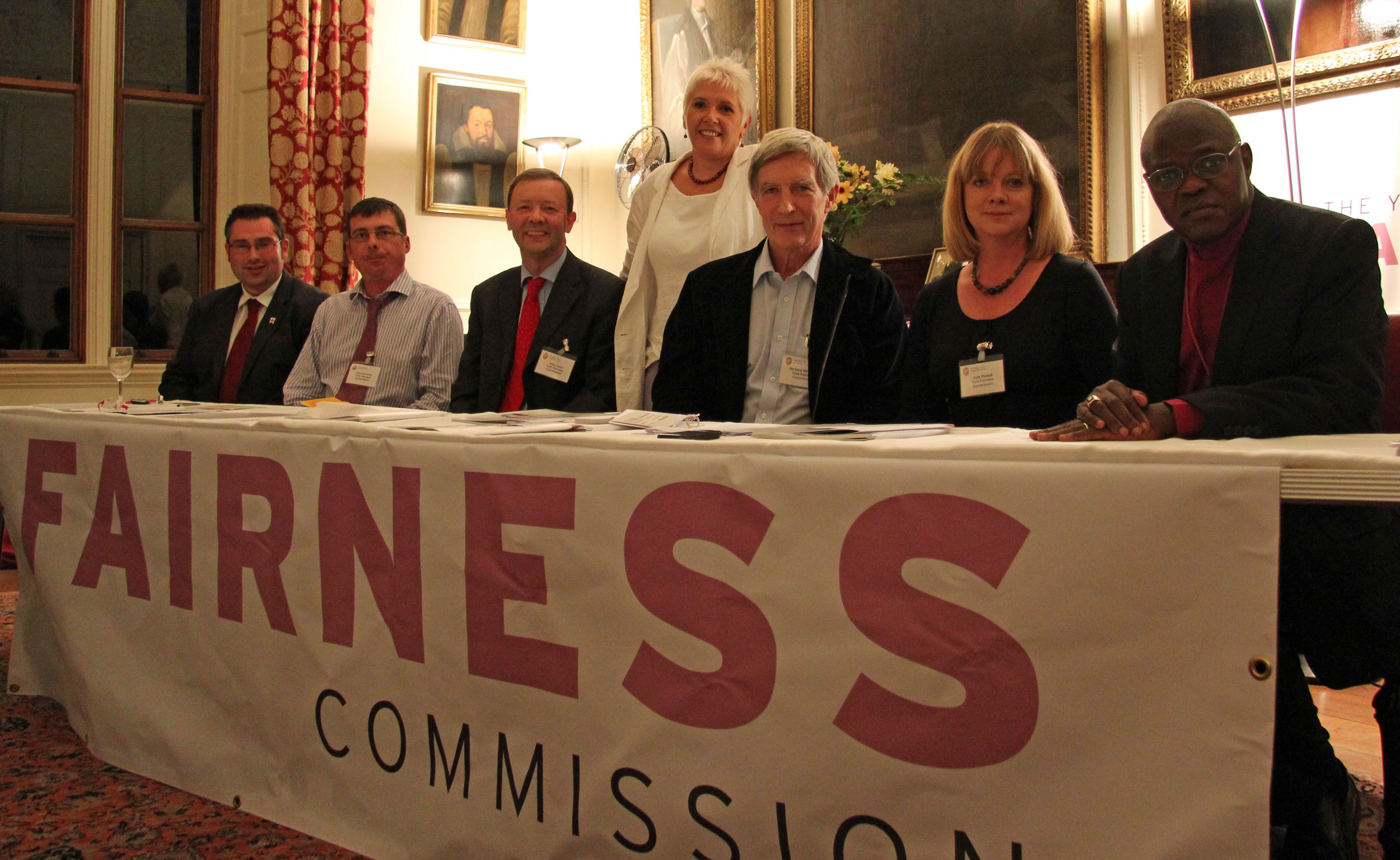 Presenting the report, Dr Sentamu, Sponsor of the Fairness Commission,  said:  “Research has conclusively shown that a more equal society is a happier society. If we want to see York prosper and flourish we must look to reduce the societal divide that currently exists. It is our duty and our responsibility.

“The Fairness Commission has worked long and hard to see how we can deliver a more caring, more cohesive society and a fairer York in difficult economic times. We need to ensure that every effort is made to protect the poor and vulnerable at a time where national cuts make unenviable local decisions unavoidable.

“I am delighted that the Fairness Commission is calling for a Living Wage to be introduced across the city. People should be paid a fair wage for a fair day’s work – anything else is unjust. I hope York will take the lead on tackling inequality and that others across the country will follow. It is over to the politicians and the public now”.