The Archbishop of York has previously urged the international community to bring about restoration to Zimbabwe, in support of those suffering in Zimbabwe, and did not wear his clerical collar for nearly a decade. The background on his calls to pray, march and protest against Mugabe follows...

In December 2007, Dr Sentamu said speaking in a dramatic interview on BBC1's Sunday AM programme, removed his clerical collar and cut it up into pieces live on air saying that President Mugabe had "taken people's identity and cut it to pieces" prompting the Archbishop to do the same.

In June 2008, the Archbishop also chastised African leaders at the Africa-EU summit for their support of Mr. Mugabe whist the people of the country continued to suffer.

The plight of Zimbabweans came to the fore as the economic crisis escalated, with spiralling inflation resulting in chronic food shortages and a deepening refugee crisis.

Britain needs to escape from its colonialist guilt when it comes to Zimbabwe. Mugabe is the worst kind of racist dictator. Having targeted the whites for their apparent riches, Mugabe has enacted an awful Orwellian vision, with the once oppressed taking on the role of the oppressor and glorifying in their totalitarian abilities.

Mugabe must answer for his actions

In 2008, the Archbishop urged the international community to bring Robert Mugabe and his closest supporters before The Hague to stand trial for their crimes against the people of Zimbabwe.

"The time has come for Mugabe to answer for his crimes against humanity, against his countrymen and women and for justice to be done. The winds of change that once brought hope to Zimbabwe and its neighbours have become a hurricane of destruction with the outbreak of cholera, destitution, starvation and systemic abuse of power by the state. As a country cries out for justice, we can no longer be inactive to their call. Mugabe and his henchmen must now take their rightful place in the Hague and answer for their actions. The time to remove them from power has come." Archbishop John Sentamu (December 2008)

Dr Sentamu pleaded for the UK Government to close the British High Commission in Harare as part of tougher sanctions against the Zimbabwean government and for the South African president, Thabo Mbeki, to intervene directly.

The Archbishop said South Africa should remember global pressure forced a change in the system which had previously governed their lives. A transcript of the interview is available here.

The Archbishop called for a new civil rights movement in Britain to bring about the restoration of Zimbabwe at a special rally service held at St Margaret's Church, Westminster.

At the Zimbabwe rally, Dr. Sentamu said: "I am inviting people to work with me for the restoration of Zimbabwe. Restoration will require prayer, money and support. I am asking people to commit to offering what they can in any and all of these categories. Britain must ensure no Zimbabwean is destitute on our streets, it must provide them with dignity until they can return home. Jesus never called the Samaritan "good", that was just what he became known as later. But now is the time for Britain to become a good Samaritan to the people of Zimbabwe. For anyone who is in need is my neighbour." 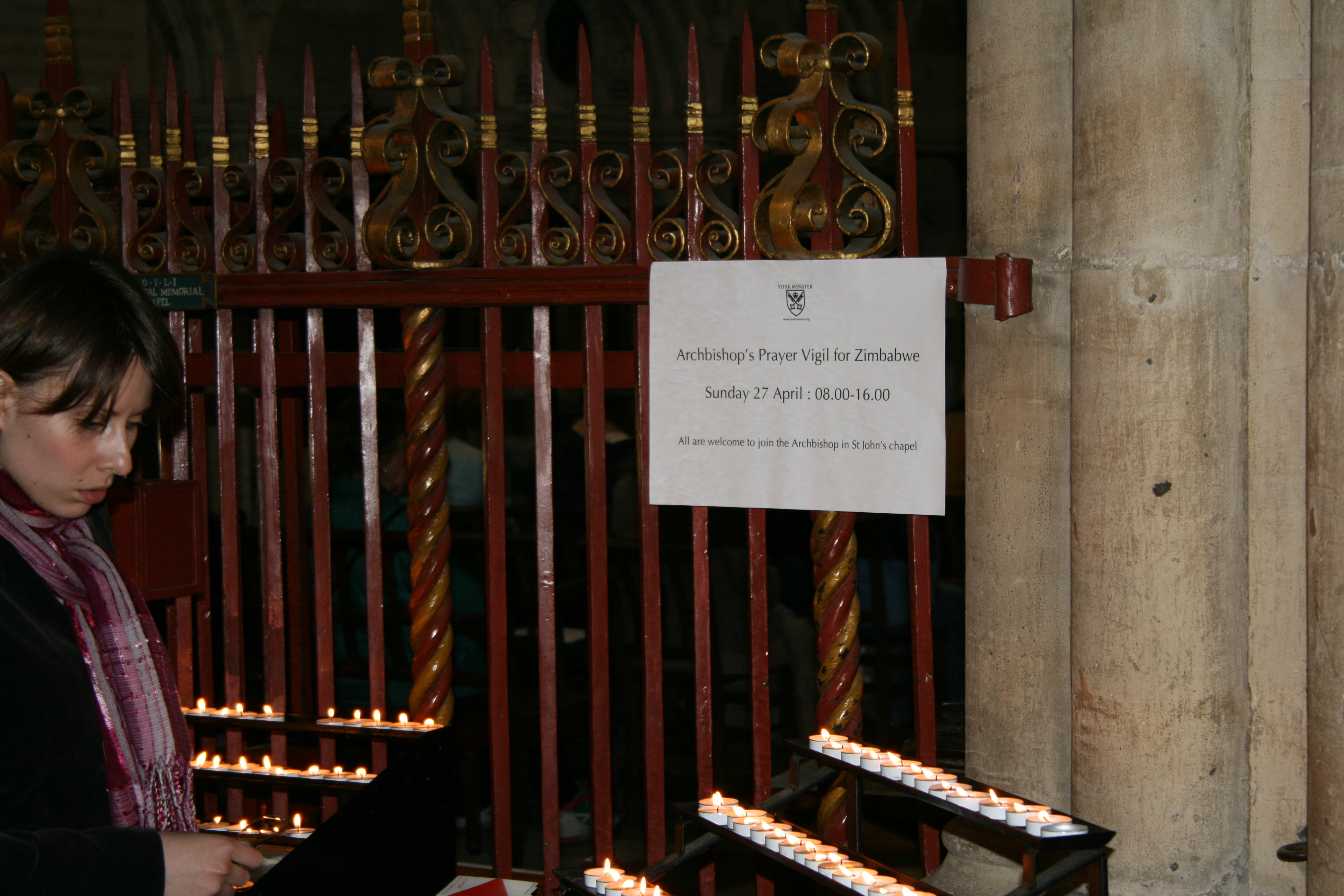 In 2008, the Archbishop urged that the public join him for day of fasting and prayer in York Minster for Zimbabwe. The Archbishop's action followed his joint statement released with the Archbishop of Canterbury, calling for "a civil society movement that both gives voice to those who demand an end to the mayhem that grows out of injustice, poverty, exclusion and violence".

As a Christian community we must all stand together with our brothers and sisters living under the tyranny Mugabe and pray that they will find deliverance.

The Archbishops' of Canterbury and York condemned the resurgence of police intimidation of Anglicans in Zimbabwe in 2009 when church goers, including clergy and local bishops, were barred from entering their churches and threatened with arrest and violence.

' We condemn unequivocally any move to deny people their basic right to worship. To prevent people from worshipping in their churches on Christmas Day - unable to receive the church's message of hope - is a further blow to civil liberties in Zimbabwe. Such unprovoked intimidation of worshippers by the police is completely unacceptable and indicative of the continued and persistent oppression by state instruments of those perceived to be in opposition. We stand in support of the dioceses of Harare and Manicaland under The Church of the Province of Central Africa in this regard. For many people in Zimbabwe, ground down by unceasing unemployment and lack of basic services, the church is their only lifeline.' 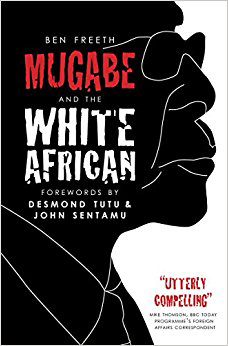 In his foreword to Ben Freeth’s book, ‘Mugabe and the White African’ the Archbishop writes:

‘As an Anglican, I am deeply concerned about the welfare of Anglican bishops, clergy, and laity in the Dioceses of Harare and Manicaland. Week by week they are experiencing horrific violence and intimidation. Their courage, like the courage of Ben Freeth and his family, is a remarkable witness to the grace of God in Christ. As a Christian community, we must all stand together with our brothers and sisters living under the tyranny of Mugabe and pray they will find deliverance.  If everyone who wants to see an end to poverty, hunger and human rights abuses has the courage to speak out, the noise will be deafening.  Politicians will have to listen. We as the people of Britain and the United Nations need to hear the voices of our own consciences and heed the cries of the suffering people of Zimbabwe.’