New Director of Mission and Ministry for the Diocese of York 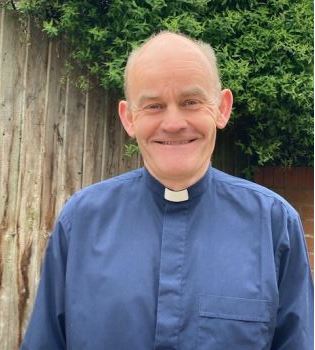 The Revd Dr Ian McIntosh, currently Head of Formation in the Church of England’s National Ministry Team, has been appointed as Director of Mission and Ministry in the Diocese of York from September 2021.

Ian will lead a reshaped Mission & Ministry Team that draws together the work of York School of Ministry, the Diocesan Vocations Network and the Training Team with that of the Multiply and Mustard Seed programmes. He will be a member of the Diocesan Leadership Team and will be responsible for shaping and directing support for mission and ministry across the whole diocese. Ian’s appointment follows Revd Richard White’s move to parish ministry in Hull and the retirement in August of the Revd Dr Gavin Wakefield as Director of Training.

Welcoming the appointment, Archbishop Stephen said, “It is fantastic news that Ian is coming to join us in the Diocese of York. His skills in leadership and formation and his experience of a wide variety of ministry contexts will be great assets to us as he takes up this hugely significant role as Director of Mission and Ministry. I pray with confidence that through Ian’s ministry God will build up his people and enable us to build on the work that has been done here over many years, so that ministry continues to flourish, serving and growing churches of missionary disciples”

Ian said, "I am hugely delighted to be coming to the Diocese of York and to join with you as we live out Christ's story. Encouraging and enabling others to be disciples of Christ has been a passion and commitment of mine and I look forward to working with you in discovering all that God is doing across the Diocese. I have been particularly drawn to work in a Diocese which is plainly committed both to helping us all to flourish and to seek new ways to reach others and to grow. I look forward to getting to know you, the people and places of this Diocese."

Ian McIntosh was born in North London and after University spent a year working as a volunteer in a church in inner city Manchester. From there he went to train for ordination in Bristol where he met his wife Nicola. They were ordained deacons in 1990 and served curacies in adjacent parishes in the suburbs of London before moving to Leicester where Ian was a University Chaplain and co-ordinator of Reader training.

From there, they moved to North Bedfordshire to share ministry in three villages during which time Ian was also Rural Dean. In 2006, Ian became Director of Studies with the Eastern Region Ministry Course and a year later was appointed Principal. He moved to his current role as Head of Formation in the National Ministry Team in 2015. For the last ten years, Ian has also been an Associate Minister at St Andrew's Bedford. Nicola has recently been both a hospital and hospice chaplain and they have two adult sons. Ian enjoys novel reading, eating meals with friends and rowing.

For reasons best known to him, he supports Spurs but may follow a very good precedent in adopting a local club when they move to York.