Service of commemoration: 75th anniversary of the Battles of Kohima and Imphal 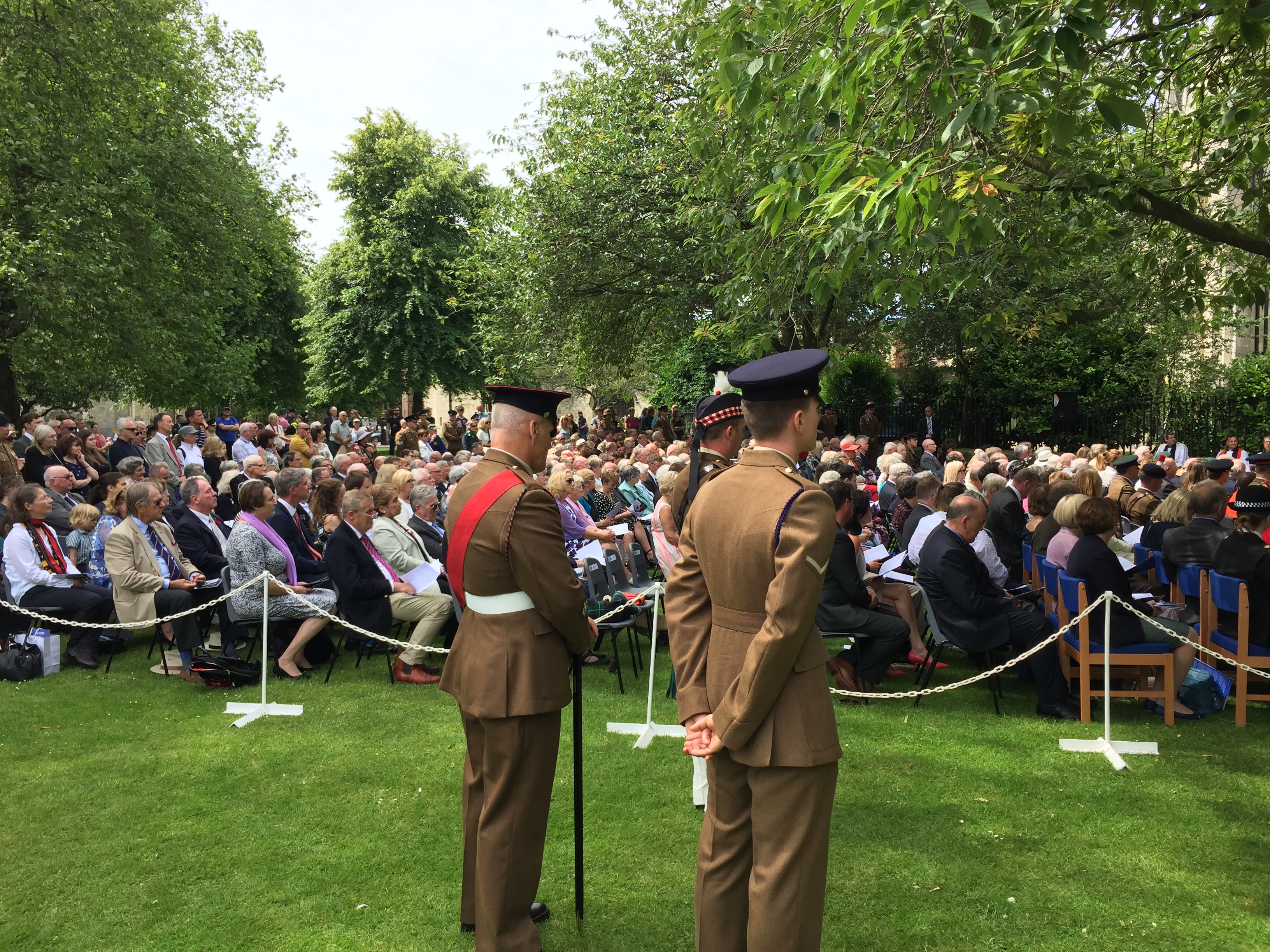 Seven veterans of the Battle of Kohima and the Burma Campaign, widely regarded as the turning point of the land war in South East Asia (1941-1945), will today lay wreaths at a service commemorating the 75th anniversary of the Battles of Kohima and Imphal.  The service will take place in Dean’s Park, York Minster at 11.30am.

Organised by the Kohima Educational Trust, the service in honour of the veterans will be attended by His Royal Highness The Duke of York KG, Patron, The Kohima Educational Trust, and special guests, family members and descendants of veterans of the battle.  The Dean of York, The Right Reverend Dr Jonathan Frost will preside and the Archbishop of York, Dr John Sentamu, will give an address at the service.

The seven veterans represent a generation of courageous men who were willing to make the ultimate sacrifice in the face of terrible aggression.  The Kohima Educational Trust was set up in 2003 by these and other veterans to honour the Naga - the local people who as guides, scouts, porters and combatants - fought and died alongside them.  The Trust raises funds to provide educational opportunities for Naga children, repaying the debt of honour from the past by helping to advance the future of the Naga people.  The Duke of York has been Patron of the Trust since 2012.

In 1944, the Japanese Army launched the U-GO offensive, with two key aims: frustrating allied plans to re-take Burma (now Myanmar), and the invasion of India.  The Japanese strategy depended on taking control of two remote jungle locations in Nagaland in the north eastern province of Assam:  the town of Imphal and the garrison village of Kohima close to the India/Burma border.

The epic battles were fought in three phases from April to June 1944. More than 85,000 strong, the Japanese Division deployed siege warfare. They met determined resistance from British and Indian troops and from Naga villagers supporting the allied forces. The Japanese surrounded Kohima launching attacks from the surrounding jungle.  Fighting was fierce, often at close quarters including hand-to-hand combat and in appalling conditions. Sickness and disease took a heavy toll on the allies and the Japanese.

Against overwhelming odds, 2,500 allied troops in Kohima withstood 15,000 Japanese troops for two weeks until they were relieved by the British 2nd Division.  Their courage and bravery came at great cost.  At Kohima and Imphal more than 12,500 British and Indian Troops lost their lives with another 4,000 injured. The defeat was a catastrophe for the Japanese forces with around 53,000 deaths, more than 7,000 injured and the destruction of Japan’s regional ambitions to control Burma and invade India. Historians regard the Battles of Kohima and Imphal as the beginning of the end of the war in Asia.

Commenting on the service Sylvia May, Chief Executive Officer of The Kohima Educational Trust:

“We are grateful to York Minster for allowing us to hold this annual commemoration service in their grounds, to remember those who fought and died and to think of those people in Nagaland who also gave so much.  The Kohima Memorial that stands in Dean’s Park is the perfect setting for this remembrance service, attended this year by the families and descendants of the veterans who fought there.”

“We stand together today in gratitude and in remembrance of all who served His Majesty The King at the battles of Kohima and Imphal.  Kohima's War Cemetery has the renowned inscription ‘When You Go Home, Tell Them of Us and Say, For Your Tomorrow, We Gave our Today’.  In memory of those who made the supreme sacrifice, Father God, make us better men and women, boys and girls, and give peace in our time. Amen.”