In the summer of 2006 the Archbishop of York completed a week-long vigil of fasting and prayer for a lasting peace in the Middle East. 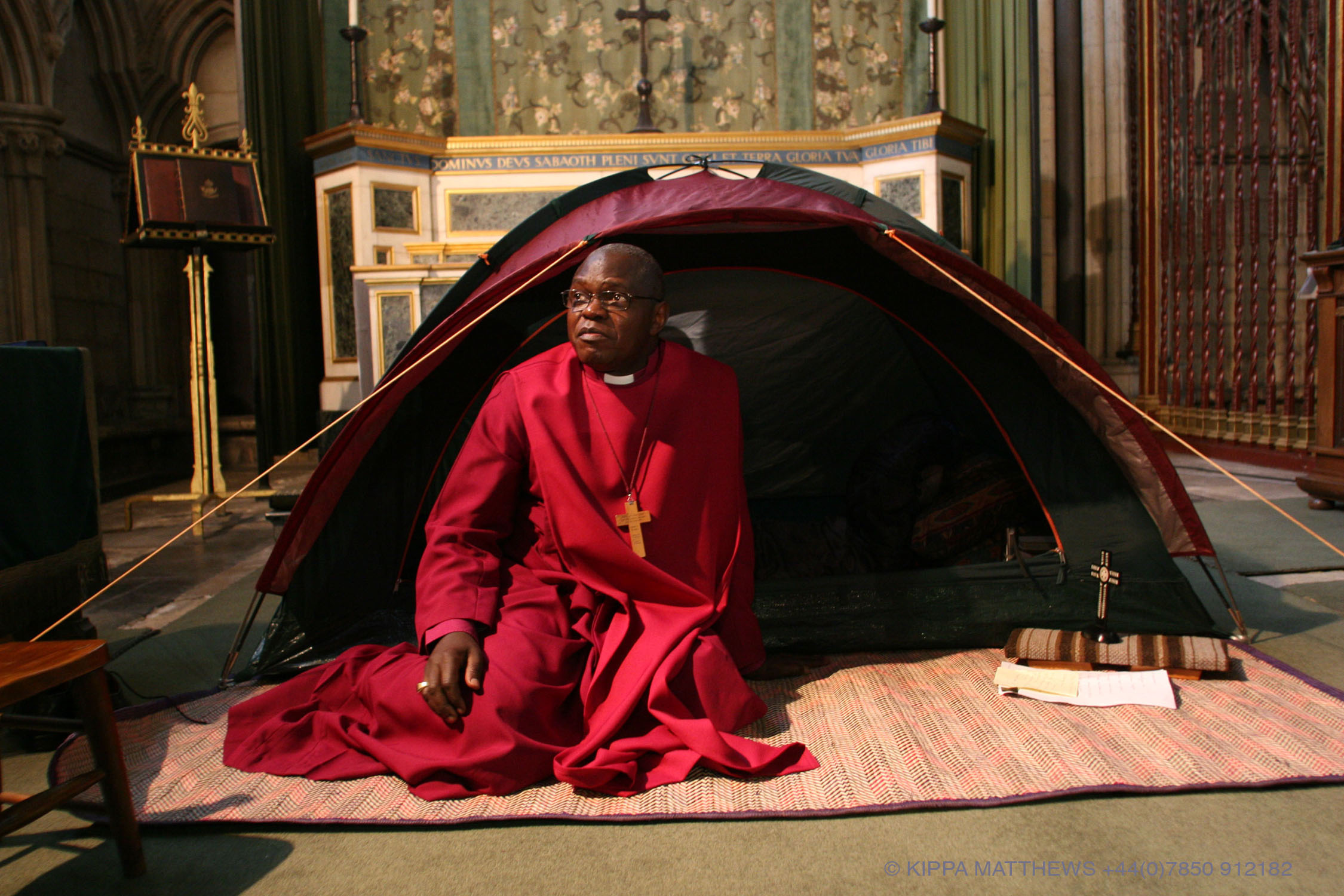 Vigil in tent for peace in Middle East

During the vigil and fast for peace, the Archbishop prayed with thousands of people who came to show their support and solidarity for the victims of violence in the Middle East.

In responding to those who asked 'Where is God?' at such times of conflict, the Archbishop said:

"God's voice is to be heard in the cry of an eight year old Lebanese girl, injured and orphaned who had lost her eye in an air strike and in the voice of an eighty-five year old Israeli woman, sick, poor and unable to move out of reach of the Katusha rockets.  I am convinced more than ever that violence is not the way in which we will win over our enemies. We must each and every one of us hold responsibility for seeking peace in our own time, in our own streets and in our own homes as well as continuing to pray for the world. We must look at our own nation, our own children growing in a society which does not always foster inclusion and generosity as our priority. It is surely fear and anxiety which leads to aggression. We must build a sense of safety. If we seek for others an integrity and legitimacy of civil society, we ourselves must strive to think about our own."

Uncovering the purposes of God requires of us as an essential prerequisite to see in one another that image of God himself. Until we can learn to see God in our neighbour, in our enemies and in those we pass by, we will be blind to uncovering God's purposes for ourselves and for our nations.

The Archbishop also stated the need to support any and all international efforts to restart the shattered peace process in the Middle East:

"There is a high price of failure as a failed peace initiative does not lead to a mere stasis but active deterioration. If there is a chance to move forward, and that is then wasted, everyone falls backward and the result is even more violence and bloodshed.

"Without urgent action on our part to continue to push for a dialogue, for their sakes and our own, the spiral of violence that has lasted longer than the whole of my lifetime will continue unabated, as new generations become mired in the enmity of their forefathers.

"The challenge for the international community is to make peace in the Middle East a priority for the sake of us all and to sacrifice their own self-interest in the short term for the prize of sustainable peace.

Following the events in Yemen which the Archbishop described as a proxy war, the Archbishop spoke of the need for the United Nations to redouble its efforts with Saudi Arabia and Iran. Speaking on the BBC Sunday programme on 31 December 2017, the Archbishop also commented on the two-state solution for Israel and Palestine: "I cannot see how you end up with one state.  I mean, I can’t see how the Palestinians would accept to be under the authority of Israel.  Nor do I accept that Israel will simply just walk away from some of the earlier agreements and arrangements that were made. So for me, I still want to pray for a two state solution and I think President Trump’s intervention wasn’t helpful. On Christmas Day  at York Minster, there were four couples from United States wearing badges saying ‘He is not my President’, which I’ve never seen before.  So still we need to pray for Palestinians who have got to work hard to live at peace with Israel, and for Israel’s commitment to work hard to make sure that a Palestinian state is created. Both peoples living at peace with each other and in security"

The Archbishop also broadcast a message of hope for 2018.

"As in all conflicts great and small, both sides have acquired supporters and protagonists. We as humans are prone to divide into camps named For and Against. Christians must continue to struggle to find ways to create communities which transcend tribalism, where we strive to love one another as God loves us. We must not give in to the fear which is in all of us but must seek to fan the spark of divine humanity which we all possess. If we throw ourselves on the grace of God and seek his purposes, our vocation - while never pitching our tent in the valley of relativism – is to see everyone in England, people of faith and none, not as enemies but as beloved neighbours and friends. All made in the image and likeness of God. A God who is Christ-like".

Back to top
Source URL: https://www.archbishopofyork.org/concerns/vigils-prayers-conflict/vigil-peace-middle-east