Fairtrade provides dignity and security to producers and helps communities lift themselves out of poverty all over the developing world. The Archbishop has also called for British farmers to be paid a fair wage for their produce...

In January 2013, Yorkshire was declared the UK's first Fairtrade Region.  The declaration marks the culmination of three years' work by campaigners and traders across Yorkshire, and recognises the enormous support for Fairtrade across the region.

I want to congratulate Yorkshire on becoming the UK’s first Fairtrade region – when it comes to issues of fairness, Yorkshire is always at the centre leading the way! We should be very proud of our past and hopeful for our future. Having witnessed the results of Fairtrade for myself when I visited the Ivory Coast in 2009, I know that the simple choices we make in the supermarkets have a massive effect on improving the lives of those that live overseas. Workers should get a fair day’s wage for a fair day’s work, regardless of wherever they live in the world.

By providing a guaranteed minimum price for products, Fairtrade provides dignity and security to producers and helps communities lift themselves out of poverty all over the developing world. In 2011, over 4,500 products bear the Fairtrade Mark, which is certified by an international network of foundations. 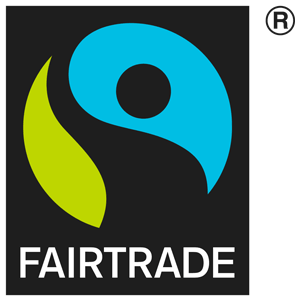 Support for Farmers and for Fairtrade produce 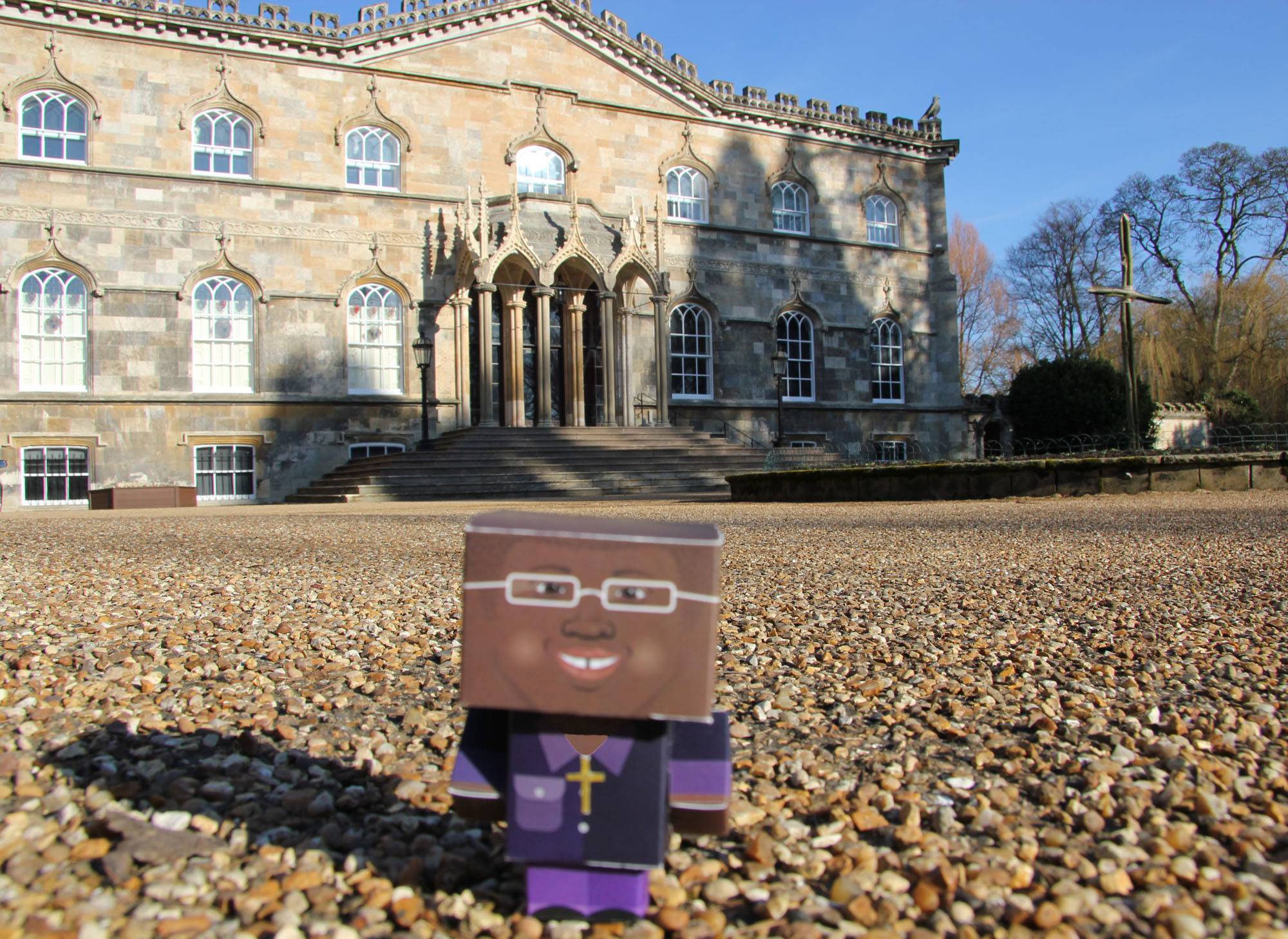 The Archbishop of York's Fairtrade Avatar at Bishopthorpe Palace

In 2012, the Archbishop called for British farmers to be paid a fair wage for their produce, saying that supermarkets were not valuing the contribution the agricultural sector makes to national life.  Dr John Sentamu said British consumers, aided and abetted by supermarkets, were paying too little for their food and claimed that cheap imports are making it difficult for the country’s farmers to earn a decent living.  The Archbishop, an advocate of British farming, said he regularly visited farms and found he was often being told the same thing – that prices are too low. He also maintained that Britain’s uplands communities, such as the Yorkshire Dales and the North York Moors, would fall into ruin without the presence of farmers. But he said upland farmers were often the most economically disadvantaged.

In the same year, the Archbishop wrote about the quiet revolution of Fairtrade, our change in shopping habits and the need to work harder to raise the standards of living of those in cocoa growing areas.  British shoppers are now actively looking for the Fair trade mark because they know that by choosing these goods they can improve the lot of people on the other side of the world eager to work their way out of poverty.

In December 2009, the Archbishop attended the launch of the Fairtrade Kit Kat at Nestle's factory in York.  Dr Sentamu met with David Rennie (Managing Director of Nestle Confectionary), and Harriet Lamb (Executive Director of the Fairtrade Foundation) to oversee the production of the first Fairtrade version of the UK's favourite chocolate biscuit. 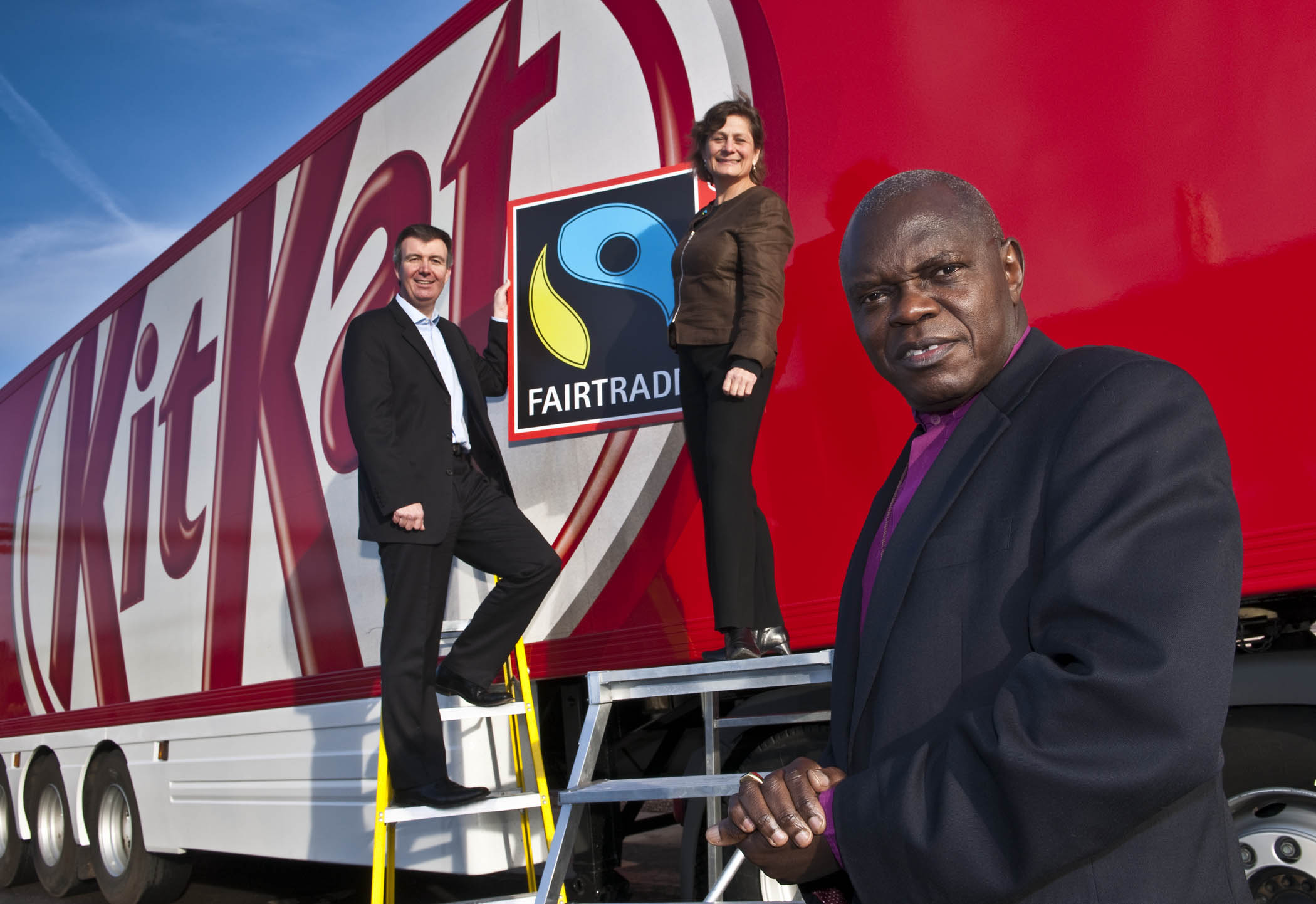 Archbishop at the launch of Fairtrade Kit Kat

"I can remember 2 years ago saying that Nestle should make their chocolate Fairtrade, and many people in York stood up to support the campaign for Fairtrade justice. So when I heard that Nestle was making Kit Kat Fairtrade, I simply said 'Wow!'. It goes to show that people can make a difference. The fact that Nestle have listened to local campaigners and invested considerable time, effort and financial support to make this Fairtrade biscuit a reality is fantastic news. I have visited the workers at the co-operative in the Ivory Coast who will benefit from Kit Kat four-finger bar becoming Fairtrade, and I know that this is a real step forward in giving them the justice, recognition and pay they deserve". Archbishop Sentamu (Launch of Kit Kat Fairtrade 2009)